Chin Soon tells of the starvation her family suffered in North Korea that led to her travelling to China in the hopes of providing for her family. However, upon arriving in China she was sold to a Chinese man as his wife. Chin Soon tells of how she learned of the outside world of music from her Chinese husband. 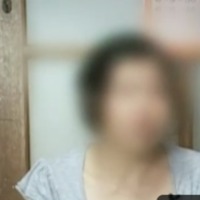 As a mother, I really wanted to take my children there. I wanted to feed them warm rice. However, the people who convinced me to go to China schemed to sell me in China. How could we know that? We couldn’t speak or understand Chinese. We just came to get an ordinary job. That was all.

When you don’t eat anything for two days, the sky looks awfully yellow. That is the truth. At the time I thought, “This is it. I am going to die.” And just then my husband stole some potatoes from a field. You know, nothing can be compared to the sadness that comes from starving.

In China, I asked my Chinese husband to get a tape of pop music from South Korea. I kept listening to that tape, and I rewound it over and over. In North Korea, the only songs we listened to were full of praise for Kim Il Sung and Kim Jong Il. Before I heard South Korean pop songs, I could never imagine music without their story in it.  The pop music of South Korea was really fancy. I was crazy about it. After hearing about South Korea, this became the only place I wanted to go.

My mother is really old, but she still doesn’t know that there is a whole bright new world. She may never get a chance to eat whatever she wants. That’s the thing that makes me sad. I wish that country would quickly collapse so that they won’t suffer anymore.