China remains a source, transit and destination country for the sexual exploitation of women and children.  Women are lured through false promises of legitimate employment and trafficked into commercial sexual exploitation from countries such as Mongolia, Burma, North Korea, Russia, Vietnam, Romania and Ghana. Moreover, the Chinese government’s birth limitation policy and a cultural preference for sons created a skewed sex ratio of 117 boys to 100 girls in China, which observers assert increases the demand for prostitution and for foreign women as brides for Chinese men—both of which may be procured by force or coercion. Women and girls are kidnapped or recruited through marriage brokers and transported to China, where some are subjected to commercial sex or forced labour.

Huong was 19 when her Aunt's boyfriend trafficked her, drugging her drink and selling her to a brothel in China. Subjected to physical and sexual abuse daily, Huong and another girl being held were able to escape with the help of Vietnamese man who drove them to the Vietnam-China border. 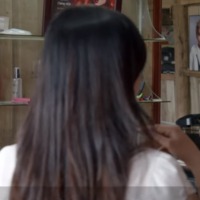 I woke up and found that my hands were tied. I asked the woman where I was. She said it was China. I didn’t believe her. They told me to do this and that to earn money. I refused to do it and so I was beaten. They brought a man and forced me to have sex with him. I had to do it, otherwise I would be beaten again. A few days later another man came. The same thing happened again and again.

I was beaten again and again, until I lost the courage to try to escape. The girl in the next room didn’t know Chinese but she had more guts than me. We were lucky to be helped by the woman who brought food to us every day. One day the woman left the door open so we could run away. We took our change and ran. We took a taxi. While we were in the car the taxi driver got a phone call from our pimp. I told him not to tell her he was driving two girls. He agreed.

The Chinese guards were on this side. The Vietnamese were on the other side. We asked them to let us cross, they wouldn’t let us go. They said they wanted to help us but they couldn’t. Then a Vietnamese man came over and said he had travelled a lot. He said h could help us cross through the hills instead of the border gate. We didn’t know if we could trust him. We climbed the mountain. Every now and then we’d say to each other, we’ve definitely been tricked again. Then we came over the mountain and found a Vietnam-China border marker. We were speechless with happiness. We hugged each other, cried, saying “we made it”.

Hagar provided me accommodation, taught me living skills. They taught me knowledge, living skills, other things. We had cooking, martial arts, dance, physical classes. We had outdoor activities, it was so much fun. We went sightseeing here and there to open our eyes and our minds. They provided psychological counselling for those who had psychological problems. I planned to open a hair shop at home. Hagar also supported me.

I’m getting used to the neighbourhood and I have more regular clients. My business runs very well now. Now I am OK. I’m not sure I would have told my story before. You have to be self-confident, keep reminding yourself that you can do it. Now I know I can do it.