Malaysia is a destination and, to a much lesser extent, source and transit country for men, women, and children subjected to forced labour and women and children subjected to sex trafficking. The overwhelming majority of trafficking victims are among the estimated two million documented and an even greater number of undocumented migrant laborers in Malaysia. Foreign workers constitute more than 20 percent of the Malaysian workforce and typically migrate voluntarily—often illegally—to Malaysia from Bangladesh, India, Nepal, Burma, Indonesia, the Philippines, and other Southeast Asian countries, mostly in pursuit of better economic opportunities. Some of these migrants are subjected to forced labour or debt bondage by their employers, employment agents, or informal labour recruiters when they are unable to pay the fees for recruitment and associated travel.

Xuan had fallen in to debt when he cousin told her she could get her a job in the country as a masseuse. However, upon arrival Xuan was forced to do sex work to pay off debts incurred from air fares and travel expenses. After getting a phone call informing her that he child was ill Xuan escaped, jumping from the third floor of the building where she was being kept. 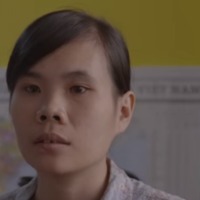 In 2013 my  family owned a clothing factory with about 20 workers. There was an economic crisis that year. We had a lot of difficulties and fell into debt. I went because my family was extremely poor.

In the country, I’d work as a masseuse for both male and female customers. At first my husband didn’t want me to go. He told me to stay at home, and let him go earn the money to repay our debt. Without money we’d never get out of poverty. I begged him to let me go, just for three months.

She was my cousin, like a sister. I trusted her. So I went with her.

The dress was so thin that you could see you body through it. I was told to put it on, but I refused to. I asked Ngan why is this happening? You said I’d just be doing massage. She said, they only way I’d repay my debt was to do sex work. I said, what debt? She said, all the money paid for air fares, travel expenses, everything. She dared my father to tell the police. She asked if he realised I was in Malaysia. She said, did he ever want to see me again in one piece? Or maybe they wouldn’t even find my body. Every day that went by at the shop I tried to escape. On May 29 my sister called me in the evening. She said my child had a tumour in her leg. They didn’t know if the tumour was benign or cancerous. I didn’t know how to help my child.

I tried to figure a way out. But it was like kind of a dead end for me. The shop was on the second floor which is the third floor in Vietnam because Malaysian buildings have a ground floor. I climbed out of the window, trying to escape. Outside it was a flat wall with nothing for me to cling onto and climb down. A thought ran through my mind. My life already ended in the shop. So I let my hand let go. If I was lucky, I would survive and go home. If not, I would be dead which was no different to staying there.

My teeth were broken. My chin and cheek were town. It was very serious. Malaysian policeman took photos of my injuries. They took me to have medical check-ups and took photos of me. But they kept them all. I reported the case to the Vietnam Embassy. The Embassy didn’t give me any documentation to prove I was a victim that I could use when I got home. It is a tradition in my family to live with pride. I don’t have to feel ashamed of what I had been through.

I will tell my little girl this story when she grows up. She is a girl. She needs to be careful. So I will tell her everything.

Now I’m here, I think of the ten other girls who were my roommates in Malaysia. They’re still stuck there. I come here because they are helping me write a complaint that I can submit to the police. I hope they’ll work with the Malaysian police to free the other girls.

I would like to recount my story as follows. In 2013 my garment workshop was closed. Please accept my sincere thanks to all Malaysian parties for their support during the time I was there.