China remains a source, transit and destination country for the seuxal exploitation of women and children.  Women are lured through false promises of legitimate employment and trafficked into commercial sexual exploitation from countries such as Mongolia, Burma, North Korea, Russia, Vietnam, Romania and Ghana.

Qui travelled with a friend to Lao Cai to buy and sell things. After crossing the river, she was picked up by a Chinese man and taken to a hotel. The following day she was forced in to sex work at the age of 15. After 3 years she was final able to escape with the help of the police. 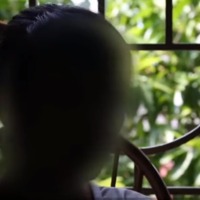 I could never anticipate this would happen to me. I was a school girl, I never thought I’d be tricked like that. I even tried to kill myself. I took sleeping pills and thought of jumping. But I knew I couldn’t just waste my life like this and let those cruel people not get punished. I had to get revenge.

One time, I hung out with an older friend. We went to Lao Cai to buy and sell things. I was taken across the river by boat and picked up by a Chinese man. I was taken into a six-story hotel and told to rest for the day. The following day, I started to work as a prostitute. I was 15 years old.

I was forced to have sex with 15-20 men a day with only two hours for sleep and one meal. They beat me if I refused. They beat me with an electric wire. Some days I was naked all day long without any rest. I was only 15. I was asked to do many things I had never even imagined.

Three years past. I thought it was a nightmare. I decided to run for my life, just to run to get home. On the run I still had a dozen condoms and a bottle of lubricant in my hand. For two days I tried to escape. I managed to reach the riverbank at the Lao Cai-China border. I was taken across the river by the police. I used their phone to call my mother.

My mother didn’t understand me and said “it serves you right for your stupidity”. My stepfather also insulted me. I really did not want to live anymore. I used to be called “you Chinese whore!” I just kept silent and ignored everyone. I just though, I was tricked and ended up a victim. Nobody asks for something like that.

Now, sometimes, I still have nightmares about those three years when I was physically and sexually tortured. I still have no ideas why I had such a rough past. I used to hate myself. But now I feel much stronger. Now I always smile with people and I can hold my head up. No one will laugh at me.