The United Kingdom remains a significant destination for men, women and children trafficked for commercial sexual exploitation and forced labour. Originating primarily from Eastern Europe, Africa and Asia, people travel to the UK under promises of a better education, job opportunities and quality of life. As noted in the UK government’s 2015 review of modern slavery, migrant workers are trafficked to the UK for forced labour in agriculture, construction, food processing and domestic servitude. The latest government statistics derived from the UK National Referral Mechanism in 2014 reveal 2,340 potential victims of trafficking from 96 countries of origin, of whom 61 percent were female and 29 percent were children.

Unable to find a job in Lithuania, Adam found a job in farming online with an agency in Northern Ireland. While the advertisement promised good pay and help with accommodation, upon arrival he was forced to live in a small caravan with no heating or electricity with five other people. He was forced to work long hours without breaks and was only allowed to leave the farm to buy food from a specific store chosen by his employer. With his passport confiscated and unable to save any money, Adam didn’t know how to get out of his situation. 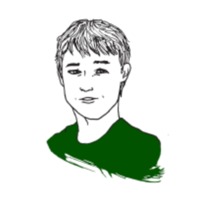 Hey, my name is Adam, I’m 18 and from Lithuania. I finished at school here and I’ve had no luck finding a job. Some of my friends told me about lots of jobs working in farming at Ireland. I found this website where I only had to pay 100 to be secured a job. It said I will get good pay, help with accommodation and the work will be easy. My family give me the money to pay the agency and get to Northern Ireland, but when I got here things were a lot different than I thought. The accommodation I was promised it was a small caravan on the farm property and I had to pay £100 a week to stay here. There were 6 of us sharing the space with no heat or electricity. The farm made us work long hours without breaks. The only time we were able to get into a nearby town was once a week when the farmer arranged for a van to bring us to buy our groceries. He only let us shop at the Lietuviy market shop and it was so expensive. Although I was working legally, I didn’t know how to access any other help or jobs. The farmer took our passports. I wanted to go home but after rent and groceries, I couldn’t save enough to afford it. How did this happen to me?