Anna was out with friends in Hungary when she was offered a job at a restaurant in Northern Ireland. Ready for a fresh start Anna travelled to Belfast where she was taken to a flat. However, after a few days Anna’s passport was taken and she was forced to work as a prostitute. Moved every couple of weeks Anna was afraid to escape as her trafficker had threatened the lives of her family if she did. 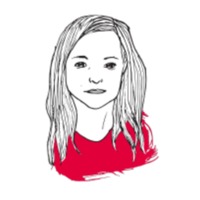 My name is Anna. I am 19 and I am from Hungary. I met a man on one night when I was out with some friends. He told us he was running a restaurant in Ireland and was making lots of money. He said he could get us good jobs working for him if we were interested. It seemed like the perfect situation for me. I was ready for a fresh start and he told me he would take care of my flights and accommodation. When we arrived in Belfast we were picked up and driven to a nice apartment in the middle of the city. There were several men there and at first they were nice to us and give us some food. Not long after, the men turned on us and forced us to drink a lot of alcohol. Then they raped us. They took our passports and told us we would be working as prostitutes. Every couple of weeks we were moved to a different location. A different house, a different hotel. I still don’t know the names of any of the towns I was in.

Escaping was a scary option. They knew where my family lived back in Hungary. From what I had already seen, the threats they were making on their lives would be real if I didn’t do as they said. How did this happen to me?