In Russia it is estimated that thousands of women and children are subjected to commercial sexual exploitation and sex trafficking in prostitution and pornography. Women are lured by the promise of lucrative employment and a new location, travelling to the country under the pretence of legitimate employment and a better life. However when they arrive, they are forced into prostitution in brothels, hotels and saunas. There is also evidence of traffickers advertising sexual services of children online. However, despite the evidence of sex trafficking in Russia, it remains an under-recognised area of enslavement in the country.

Recently split from her husband and in need of money Marina replied to a newspaper advertisement for a seamstress in Moscow. It was upon meeting her employer that Marina was transported to a house underground along with six other women, and informed that she was now enslaved as a sex worker. Forced to live in unhygienic conditions and required to submit to any clientele request or face physical violence, Marina was only able to escape when she was declared ‘unfit’ to work. 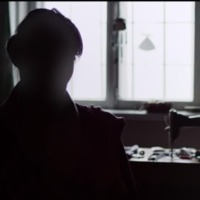 It was hard to find work as an interior designer, so I started to work as a seamstress in a sewing room. My situation was such that my parents became ill. My husband didn’t help financially at all, he also drank a lot. The situation forced us to split up.

I ended up with no money for living expenses. I had to look for a job.

I found a job in the newspaper. The ad said that seamstresses were needed in Moscow. It was a good salary. A woman spoke to me over the telephone. She said the salary would be $1000 (USD). Housing would be provided in a dormitory, and the working day would be as usual, 8 hours.

My situation was very desperate. It looked like the only way out. When I came to the railway station I saw the woman and six more girls. All the girls were pretty good looking.

When we arrived in Moscow there were two cars waiting for us. We were brought somewhere into a suburb in Moscow region. It was some village. We got out and saw a private house. We were offered tea there. She said that this was the place we were meant to meet the employer. A man came in. He wasn’t alone.

He entered but didn’t greet us and then started saying we would work for him. He spoke to us in a very rude way. One girl started to speak up and said, “Let us go, we want to go home.”

She was then dragged by her hair into the next room. We heard she was beaten and raped. After some time she was dragged back. It was a lesson for us. She was covered in blood and raped by two people.

It was such a shock! We suddenly understood what kind of job this was. Our personal things, our documents, all of our bags were taken away. We were taken outside and loaded into a car.

We were driven to another house. It was almost dark. They took us underground. There were no windows, only mattresses on the ground. We saw other girls there. They told us we were now enslaved as sex workers. So the woman we had met was the recruiter and she sold people.

They said the woman received $500 (USD) for each girl. The owner told us what our duties were. If we were to deviate from the duties we’d be punished. The customers would pay the guards. Once I saw the amount was about $50 (USD).

It was totally unhygienic. We were asking to be able to wash at least. They tortured us by hosing us down first with cold water, then with boiling water. They probably did it for fun, because they enjoyed it.

I think they fed their dogs better than us. They would call on a person up to ten times a day. They had a variety of requests too. We had no way to refuse anything for them. Sometimes they were drunk or under the influence of drugs.

They forced us to do everything they said. Some of them like to put a plastic bag over our heads to see us gasping. Other would beat us or make cigarette burns.

There was a case when one girl was taken to the client, he’d been before. His behavior was sadistic. She started shouting and the clients complained to the guards so they took her away. We didn’t see her for some time. And then they brought her in and threw on the floor. She was in a terrible, crippled condition. She’d been beaten and was covered in blood, cuts and burns. We tried to help her as best we could.

I also got into the hands of a ‘troubled’ client, so to speak. He was under influence of drugs. He had insanely scary eyes. He put a knife to my throat and tried to burn me with his cigarette. I started shouting, trying to get him away from me. He threw me out the window. I fell very badly and injured my back.

I couldn’t move, I couldn’t do anything. I was picked up by the guards, who began beating me even more.

They found me unfit to… How do I say… unfit to work. She gave me some money and told me the owner ordered me to leave. They gave me my passport back and told me never to contact the police, or to anyone else as they knew where I lived.