It is estimated that of the 400 000 enslaved in the Philippines, the majority are in forced labour. Recent surveys suggest that one in every two Filipino women are working abroad in unskilled and domestic work, some of the highest risk industries for modern slavery. High population growth combined with limited employment opportunities leads many Filipinos to look for work abroad. People are deceived by promises of higher salary and better working conditions, only to find themselves forced to work long hours with no pay under the threat of physical and sexual violence. This forced labour often involves debt bondage in which the enslaved is told they owe money for travel, accommodation and living expenses.

Carla left school to find work in order to help support her family. Taken to an agency Carla accepted an offer to become a domestic worker in Manila where she was told she would be able to earn more money. After working in multiple houses for different families, she arrived at a home where initially she thought she would be treated well. However, she soon found herself working every day, locked inside the house, subjected to physical beatings and denied medical attention. Carla was rescued when neighbours heard screaming and called the police. 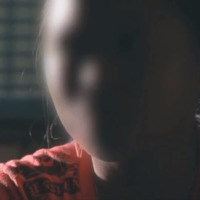 I left because our life was very difficult. I no longer had a father. I wanted to leave so I could give my siblings a better future. So they could finish school. Even if I may not be able to finish myself, I wanted them to finish school so we could all help my mum.

It started when a friend introduced me to their parents. That’s when the mother told me that she could help me find work. Then she took me to the agent’s house. The agency told me that I could have a better future in Manila and I’d be able to send money to my mum.

My job was to do the laundry, clean, mop the floors and iron clothes. They took care of me like their own daughter. But as time passed they started beating me. There was no resting. I worked everyday even if I was tired.

I couldn’t escape because the whole house was locked. Even my room was locked. When I got sick they wouldn’t take me to the doctor. They hit my head with a hammer, stabbed me with scissors, and a screwdriver. Then I was whipped with a thick electrical cable. They poured hot water on my face. My head bled and my face was swollen.

If I escaped I would have been putting my family in danger. They said they’d hold them captive and they’d be my replacement for work. They said I owed them money for water, utilities, food and the airfare. They didn’t pay me my salary.

I was screaming and suddenly lost consciousness. But the neighbours heard me, and that’s when they called the guard and told him that something was happening in the house.

The police came and rushed into the unit. That’s when they rescued me and took me to the hospital.

If you know it’s wrong don’t do it. Just go home.