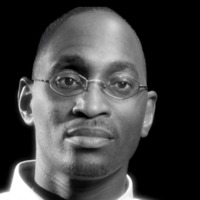 Sex trafficking is a form of modern slavery that exists throughout the United States. Traffickers use violence, threats, lies, debt bondage and other forms of coercion to compel adults and children to engage in commercial sex acts against their will. The situations that sex trafficking victims face vary, many victims become romantically involved with someone who then forces them into prostitution. Others are lured with false promises of a job, and some are forced to sell sex by members of their own families. Victims of sex trafficking include both foreign nationals and US citizens, with women making up the majority of those trafficked for the purposes of commercial sexual exploitation. In 2015, the most reported venues/industries for sex trafficking included commercial-front brothels, hotel/motel-based trafficking, online advertisements with unknown locations, residential brothels, and street-based sex trafficking. Marq was trafficked for commercial sexual exploitation for 8 years in the United States. In this narrative he talks of the importance of believing victims and the particularities of being a man trafficked in to sex work.