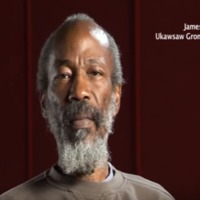 The Longest Journey: from Slavery to Abolition

The Longest Journey: From Slavery to Abolition was held at Epping Forest District Museum in October 2007. The exhibition also toured venues in the region, including the Cambridge and County Folk Museum. The exhibition examined clues in the collections of Essex museums and the Essex Record Office exploring the history of the slave trade and the abolition movement in Essex. A set of ‘Essex Links' panels revealed the Essex people and places involved, including the story of Anne Knight, Chelmsford resident and abolitionist. As part of the project, a film was commissioned for Black History Month 2007: ‘The Story of James Albert Ukawsaw Gronniosaw, an African Prince' is based on the autobiography published in 1774 by James Albert, a freed slave. Captured into slavery as a child in present-day Nigeria, once freed he travelled to England where he lived and worked in Colchester. The film features actor Shango Baku and was produced by Harvest Films and commissioned by Epping Forest District Museum, Museums in Essex Committee and Renaissance in the Regions. 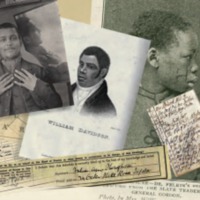 SCAWDI are a Birmingham based community group specialising in working with local volunteers to research the early presence of Black people in the West Midlands and learn more about their local history. Different projects sought to explore this heritage. ‘In the beginning …’ looked at enslaved Africans who came to the West Midlands to live with wealthy land owners in the area’s stately homes. ‘History Detectives’ took this work further to identify and construct biographies for the black individuals who came to the West Midlands before 1918. The project created a database of almost 200 individuals: the characters explored connect to themes of slavery, class, migration and religion. ‘A day in the life …’ created a black heritage trail detailing the locations attached to these stories.