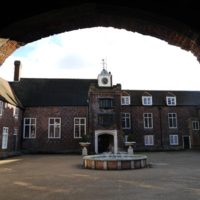 Faces of Freedom: Hammersmith and Fulham and the Slave Trade

The Museum of Fulham Palace is housed in the former palace of the Bishops of London, and former home of Bishop Porteus, the leading advocate for abolition within the Church of England in the late 18th and early 19th centuries. The Faces of Freedom exhibition featured Porteus alongside other individuals associated with slavery and abolition who had links with the area. The abolitionist Granville Sharp lived and is buried nearby, while Crisp Road was named after the slave trader and bead manufacturer Sir Nicholas Crisp. The exhibition included glass beads (very likely produced to be used for barter in Africa) excavated by the Museum of London on the site of Crisp's Hammersmith home. Also featured was the story of Ellen and William Craft, fugitive slaves from Georgia who made Hammersmith their home, and the contributions of local residents Marcus Garvey, Jamaican Pan-Africanist, and nurse Mary Seacole. The exhibition included video footage and posters relating to slavery and freedom, created by pupils from the nearby Phoenix High School. 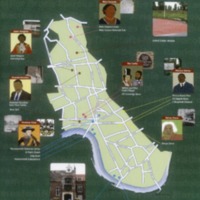