In 2017, Rudolph, age 52, went to Derby in the UK from the Czech Republic on the promise of work. But instead, he became a victim of human trafficking and forced labour. Miroslav Bily, the man who made him work for nothing, has been jailed for 45 months. 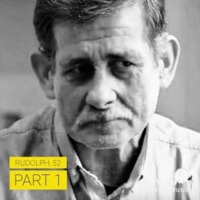 In a nutshell, while I was working for him [Bily], we had to work from 9am to 7pm. We had to go to work every single day except Sundays. When we refused, he said we had to because he needed more people. It seemed he knew a lot of people around Derby who could do the work. When he showed me to my room, I could see that the room was unfurnished, with just three or four mattresses. There were three of us altogether. One of us had a perfect room in my view, because it was furnished. The other two, we had to live in rooms where there was just these mattresses. The whole place was dirty.

We weren’t paid a single penny. We were getting £2 worth of tobacco every other day, £1 of salami and some bread. When I had been there for about 20 days, I asked him, ‘Where is the money I have been earning?’. He said he didn’t have any money and that we would have to wait at least another week. I became very uncomfortable about the money, so I asked him whether he had some for us. He said he didn’t have any. When I went back to work that day, I could see he was paying cash in hand to someone, so he obviously had some money.

The next day, when we were in the car being taken to work, I confronted him and asked him to pay us the money. He said he didn’t have any and I reminded him that I had seen him paying off that guy the previous day. So I asked him to stop the car, and told him I needed to go to hospital because I has back ache and pain in my legs. He told me I could not go to hospital because I was not registered. He said he could not stop the car. When I got outside the car, I started calling him names and that I would take him to the police. He in turn shouted that he has got a big family around here.

As I was walking through Derby, I was choosing all of the alleyways so that he couldn’t see me and catch me. When I was just close to A&E, I had to sit down and there was Ukrainian woman who noticed me. She asked me what was wrong with me. When the ambulance arrived, the doctor said she would call the police because she recognized the situation. When I was with the police, I felt there was no need to be afraid anymore.

In the beginning, I trusted him a lot because he offered me money. He told me I could earn good money. So, I trusted him and from that point on I was just focused on earning the money here. And I made a mistake because I trusted him.