There are an estimated 336,000 people living in modern slavery in Tanzania (GSI 2018). According to Equality Now, 31 percent of girls in Tanzania are married before they turn 18. Poverty is the primary driving force of child marriage in the country. Families who are unable to pay for a girl’s school fees, food, or other basic costs see child marriage as a way to ensure a daughter’s security. A daughter’s bride price is often tied to her virginity and is seen as a way to alleviate poverty, with families receiving cattle, money, or other valuable goods.

“Cutting,” known as Female Genital Mutilation (FGM), is the partial or complete removal of external female genitalia for non-medical reasons. FGM and child marriage are not always linked, and the relationship between the two practices may vary within the same country, but in some contexts, girls may undergo FGM to prepare them for marriage.

When Ngalali, a member of the Massai people in Tanzania, was 13, she made a decision that saved her life. Thanks to the enforcement of Tanzania’s child marriage laws, Ngalali was spared a very different future than the one she envisioned for herself. 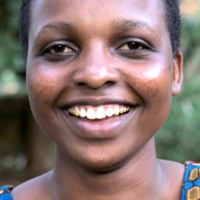 When I returned to my school they asked why I had been absent for three months. I told my teacher it was because my father was organizing a wedding for me and I had escaped with no money. My teacher said she would contact my parents, but they didn’t respond. Finally, they sent my brother to speak with the village leader.  He was told to lie and say I wasn’t to be married.

My father did not like us going to school. He told us that girls growing up not being married is a problem in our society. Because of his beliefs the girls in our family only go to the end of primary school. My father also believes that if girls don’t get married young, they won’t have children because they will be too old.

I wanted to go to secondary school like my brothers so that one day I can help the Maasai; I want them to know the importance of sending their girls to school. The Massai need to learn about the importance of education. All boys and girls should have the same right to be educated.

My father also wanted us to get married so he could get a bride price and receive a lot of cows. I was 13 years old when my father arranged my marriage. The man who was supposed to marry me came with his family to discuss the date of our marriage. He was 29.

I told my mother I didn’t want to get married, but she said that I didn’t have any right to speak in front of my father like that and that I had to do as he said. But my mother was crying because I was getting married very young.

My mother was my father’s second wife; his first wife had another fourteen children. My father is 70 and my mother is 50; she was very young when they were married.

The wedding was arranged to take place in five weeks’ time and the man’s family agreed to pay ten cows and four crates of beer. I felt bad because I am not a commodity to be exchanged--when my father received the bride price my husband would have the right to beat me or do whatever else he wanted to me.

My father asked me if I wanted to get married; I said no and that I wanted to continue my education. He said if I did not want to marry the man he had chosen for me he would make me. He was so angry, I was scared he would beat me. I prayed my father would change his mind about my marriage.

I have not been cut, but I knew that I was going to be cut when I heard I was getting married because I could not marry without undergoing FGM. I was scared because my neighbour’s daughters had been cut and they lost a lot of blood and died. They were both around 12 years old, one of them was my friend, Njumal. The whole community was invited to their cutting ceremony and I went to see them be cut. I was only 11 years-old at the time. Another neighbour of mine who was married when she was young gave birth at home and did not get the help she needed and she died. She was 15 years old.

The night they came to negotiate my bride price, my father said to my mother, “Why don’t you convince her to marry that man?” My mother said it was not for her to convince me that I wanted to get married. My father got very angry and beat her. I went to bed. At six o’clock the next morning, I ran away. I just took my school books. I had no money, so I had to beg a driver to help me. He took me to the bus station and the bus driver let me travel for free. I travelled to a secondary school in a village about an hour away from my home.  Eventually, my father agreed to pay for my education and let me choose who I married. But I was scared that if I went home he would beat me.

Because of the laws in place people are now scared of preparing their daughters for early marriage and subjecting them to FGM. If there were no laws preventing those things, many more girls would die and be forced into early marriage and be subjected to other harmful practices. My father was scared because he knew there was a law against child marriage and that the police could take action if he was caught.

Today, I want to tell people that girls need to have the same roles and responsibilities in society as boys. There needs to be equality.