There are an estimated 17,000 people living in modern slavery in Georgia (GSI 2018). According to Equality Now, child marriages and bride kidnappings are still not uncommon in Armenia, Azerbaijan, Georgia, Kazakhstan, Kyrgyzstan, the North Caucasus part of Russia, Tajikistan, Turkmenistan, and Uzbekistan. In Armenia and Georgia the practice of bride kidnapping has largely disappeared in recent decades, though there still remain some largely unreported incidents in certain communities. Bride kidnappings and forced marriages disproportionately affect adolescent girls in many of the reviewed countries and give rise to sexual violence offenses against them.

Chinara was 14 when her parents forced her to leave school and arranged her marriage to a 19-year-old man from her village. She informed the police who made her father sign a document agreeing not to marry her until she was 18. However, when she turned 17, they began planning her wedding again. She refused and sought help from local authorities. 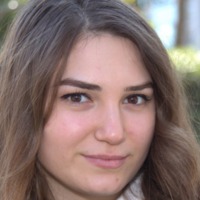 I come from a small village in Georgia, where people think girls don’t need a good education because we’re expected to get married young and there is nothing else for us to do but stay home and have children.

My village school only went up to ninth grade and I left when I was 14. Only a few boys went to another town to study more but they came from families that could afford to pay for transport. I was the top of my class and wanted to continue learning but my parents said no because we had no money for me to get the bus or buy lunch.

But it wasn’t only about the money. My mother really wanted me to get an education but my father thought that ninth grade was enough and there was nothing we could do to change his mind. All the decisions were taken by my father and it is the same way in most families in my community.

After I stopped going to school, I felt so depressed. I was literally locked up at home, just doing housework. I’d watch girls on TV fulfilling their potential doing many things and I felt really sad that I was not the same.

One day when I was 14 I arrived home and we had guests. My mum said they’d come to give me a marriage proposal. I didn’t know the guy, he was 19 and from our village. My family and neighbours kept saying he was nice but I didn’t like him at all.

When I told my parents that I didn’t want to get married my father said: “You have to, you know we cannot afford your education so marriage is your only option.”

I asked my teacher to inform the police, they came to my father and made him sign a promise that he wouldn’t make me get married until I was 18.

When I turned 17, my parents began organizing my wedding again. My father cares about me and thought getting married would make me happy because it is what everyone my age does where we live. I told them that it was not what I wanted but he refused to listen.

My village is near the border with Azerbaijan and I am from the Azeri community, which is an ethnic minority in Georgia. It is our tradition to have big weddings with three or four hundred guests. The girl’s family buys gold jewellery and makes decorations for the newlywed’s bedroom. The groom’s family buys the wedding dress. There are two wedding parties, one hosted by the bride’s family, the other by the groom’s. Both are very expensive and my father took a loan to pay for things.

I was really close to my mother and we’d always had a good relationship but she was very unhappy that I would not agree to marry and we argued several times. She said she understood how I was feeling but there was no way to cancel arrangements because what would people say.

I asked literally everyone for help, my teacher, my school director – they spoke to my father but he wouldn’t change his mind, saying: “She is my daughter and I will do what I want with her life!”

It was August 2018 and the wedding was arranged for September. With just one month left I was getting very alarmed and constantly thinking about how to get out of it. With my family, I pretended everything was ok but when I was alone I would cry day and night, I felt so distressed and couldn’t eat or sleep.

One day, I met a journalist at the local mosque. She looked really cool, we started talking and I asked for her number. I thought a journalist could help me to escape from this place so I sent her a message saying I was very depressed and called her at one o’clock in the morning. She contacted the Public Defender’s Office and arranged for them to ring me. I explained that I was being forced to marry and I asked them to send a police officer to talk to my parents.

It was the 2nd of September and the wedding was scheduled for the 8th. Everything was ready, the guests had arrived from Turkey and Azerbaijan, and the animals had been slaughtered.

It was all getting too much and part of me was thinking I should go with my parents’ wishes. But then I decided this is enough, I do not want this and it is time they were disturbed. I wanted to leave so I could finally follow my dreams.

The police said they’d come on the 7th as it would be easier to prove that the wedding was being prepared but I couldn’t wait so on the 4th I called again and told them to hurry.

Finally, they came and we were taken to the police station along with the head of our village. In front of them all, the local prosecutor asked me if I wanted to get married and I said yes. Then three people from the Human Rights Department of the Ministry of the Interior asked to speak to me privately. They said: “we know you don’t want to get married, you are underage and we will do everything we can to help you, just tell us the truth.” So I told them everything – that I was being forced to get married and I wanted to continue with my studies.

The human rights officers said they would take me to a government shelter in the city. At first, I was very hesitant, it was an extremely difficult decision to go against my parents, they had spent so much money and all the guests were there.

I was told I had two choices, the first was to be free and live my own life, or the other was to marry this guy and stay where I was. I felt very nervous and scared because I didn’t know what the future held but I thought about my options and decided to leave. You have to take risks in life, without taking risks you will always be living in fear.

For six weeks I had no contact with my family and they were very worried about what had happened to me. When I finally saw my mother again it was very emotional, both of us cried and she told me not to worry because she was not angry with me.

Since I left home I have been receiving support from the Innovations and Reforms Center, which is an NGO in Tbilisi. I have been able to return to education and I’m very grateful to their staff for all they have done.

When I was growing up I always wanted to be a police officer, I’d watch TV programs with strong women helping others and think this is what I want to do. Now I am very interested in human rights and my goal is to become a women’s rights defender. It is extremely important to have laws because they save girls from these situations, without the law the police cannot help.

My story was covered on Georgian TV and girls write to me from all over the country, they look up to me and ask for my advice about what they can do to break the cycle. I want to defend girls’ rights because of what I have suffered, I don’t want the same to happen to anyone else.