Yashodha was trapped in bonded labour in a brick kiln. 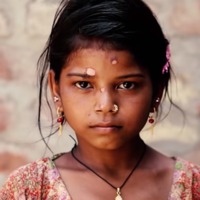 We used to get up at midnight or 1am and work through the day making clay ready for moulding. We lined up the bricks for drying and changed bricks sides later.

I like reading but my father had to take me to the brick kiln to work as he did not have money.