There are an estimated 784,000 people living in modern slavery in the Philippines (GSI 2018). Men, women and children are subjected forced labour and sex trafficking both within the country and in destination countries. Women and children are subjected to sexual exploitation in brothels, bars, and massage parlours, online, as well as in the production of pornography. The Philippines is an international hub for prostitution and commercial sex tourism – a highly profitable businesses for organised criminal syndicates. The demand for sex with children among both local and foreign men has continued to fuel child sex tourism. Rising internet usage rates, the availability of mobile phones and poverty has fostered online child sexual exploitation.

Carmela’s mother tried to traffic Carmela and her two sisters to a paedophile ring in the city of Leyte. 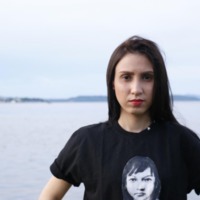 I learned the language of violence at a young age. I was physically and psychologically abused for as long as I remember. I have been strangled, dragged across the floor, pushed down the stairs and hit on the head by my mother. Hurting me eventually became her hobby. This time, she was selling us. Our mother was selling her own children.

[Education] was the only way I could improve our lives and perhaps change my mother. One by one, girls from our neighborhood - some, my friends - were offered jobs in Manila.

Weeks later, her mother told Carmela that her father wanted to meet her in the city, along with her sisters. A few days before their scheduled flight, her younger sister inadvertently read email exchanges between their mother and a foreign man. Carmela and her sisters were not meeting her father in the city, but a foreign paedophile.

It was still dawn and dark outside. My sisters and I were taking a 3-hour bus journey to the airport. Our mother was a few seats behind us. I was praying hard that we would not reach our destination. Suddenly, our bus stopped. Police officers got on board the bus looking for someone. A police officer approached me, and said “Are you Carmela? Where is your mother?”

On 13 December, 2008, the day of their flight to Manila, Carmela and her sisters were rescued by the local police. Their mother was arrested and is currently serving a prison sentence after being convicted of child trafficking.

I survived child sex trafficking, and now I feel a responsibility to help others who are still living in that hell and think there’s no way out.

I was rescued because I asked for help. And someone listened. And now, I will do the same for others.