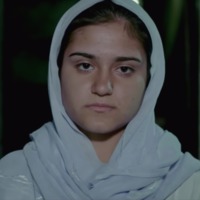 Arabs arrested us at Sinone. Later we were handed over to IS. They took us to Syria. We always coexisted peacefully with Arabs. When IS came, they suddenly turned hostile.


Narrative and image taken from a film directed by Reber Dosky as part of The Atlantic Selects, a showcase of short documentaries curated by The Atlantic.