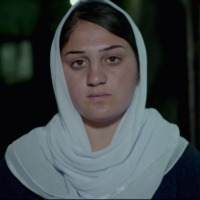 We decided to escape at the end of the day. Then we arrived at a checkpoint. We were arrested there. This was mostly done to us by our Arab neighbours, when IS came they handed us over to them.

They separated all the men from the women. The women and the men were taken apart from each other.

They say that Yezidis don’t believe in anything. And that their God isn’t our God. I said we also believe in God, but they said we believe in something else.

[Interviewer: Did they force you to convert to the Islam?] Yes.

[Interviewer: Were you forced to pray and read the Quran?] Yes. Even worse, I had to learn the Quran by heart. That was compulsory. Either you die, or you learn it by heart. My heart is connected to my own faith. What they did was useless.

Whether someone was 9 or 20 years old didn’t make a difference to them. I’ve seen it with my own eyes, it was distressing. It is hard to carry around this burden. Suicide would have been a blessing.

At my first attempt to escape I was arrested. I was tortured and my hands were tied. Then it became even more difficult for me. At first I was locked in a house by myself. After my escape attempt, my owner took me to his house where his family lived as well. I was locked up in there for two months. One evening I escaped. I jumped over the wall without shoes to the neighbours. From there, I was able to access the street. I came to a house, asked for help, but they didn’t let me in. I ran to the next street where I entered a yard. In that yard, I begged a few men to protect me. They asked, “Are you a Yezidi?”, I said “Yes”. I begged them not to hand me over to IS. They said they wouldn’t. I didn’t trust those five men. My only fear was that they would return me to IS. One of them said “I swear on your God (Melek Taus).” That’s why I believed him. With a fake Arab ID, I took a taxi to Kirkuk. A Yezidi man picked me up and we went to the security service in Erbil.

From Erbil, I went straight to Baba Sheikh, our spiritual leader. I told him what happened to me and asked him whether I’d still be accepted in the Yezidi faith. They baptized me again. I felt the way I used to feel. He said, “You’re one of my daughters”, and kissed me on my forehead. “You went through a lot, so you’re more competent than the other Yezidi girls.” Fortunately, they accepted me.

I think all the time about my sisters, father and mother who are all still in the hands of IS. They have a tougher time than I do. I think about them all day long.

What we went through is bigger than our age: incomprehensible. I never wanted to be separated from my family. But I can’t help it. I never give up hope. I look forward to the moment they’ll return. I haven’t given up hope.

Narrative and image taken from a film directed by Reber Dosky as part of The Atlantic Selects, a showcase of short documentaries curated by The Atlantic.