Sook Joo was working in Moo-San station when she fled North Korea to China in search of a better life. However, upon arrival she was sold to a Chinese man and tells of how she was treated as less than human. 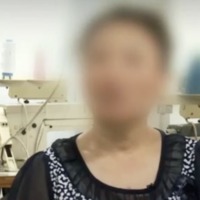 When I was selling things in Moo-San station it was really common to see and walk past the dead, even at the station and in the train.

The worst moments in that house were when they treated me like a product they had bought, not as a human. You had no choice but to follow their orders . what’s more, most of the men who buy their brides tend to be physically or mentally ill, extremely lazy, or the poorest men in the village.

In short, we were being sold to unmarriageable men. I was one of those unfortunate women. But we had a daughter, and because of her I couldn’t run away.

I left my whole family in North Korea and tried so hard to adapt to my new life but I couldn’t forgive the way I was treated. I was not a human in that house. So I ran away, leaving my daughter in that horrible place. It was winter and it was freezing outside. I had no money, so it was clear that my daughter would either starve or freeze to death if she left with me. However, I really wanted to leave that house even if I died outside.

I just threw my daughter away there. That’s what I did.

I found out my mother is still alive and that my younger brother is dead. Even though my life has fallen into misery. I had always hoped to meet my family again in North Korea. However, after hearing this news… I felt that my dream had broken.