It is estimated that 425,500 people are enslaved in Thailand, with the many subjected to forced labour. Women overseas-workers most often find employment in private households or service sectors, often finding themselves having to pay significant fees for the migration and recruitment process. Domestic servitude is also prevalent with the majority of enslaved being women from rural Thailand, Cambodia, Laos and Myanmar. Victims are often physically and sexually abused, confined to the house and find their pay and identity documents withheld.

Vatsana was 13 years old when her parents could no longer afford to keep her in school and she travelled to Thailand to work. Though she was told she would be selling refreshments, upon arrival Vatsana was locked in a house, forced to do all household chores without pay and subjected to physical abuse. 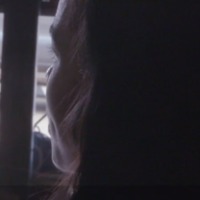 There were people from my village who had gone to Thailand earlier. One of the called home to tell her mother that the shop owner needed some workers. I was studying, but because we are poor, my family couldn’t afford for me to finish school. I decided to go so I could earn money to continue my studies. I was on a school break at the time. I was 13 when I went to Thailand.

When I arrived it was not like what they had said. The work had nothing to do with selling refreshments. While I was there I did the chores of a housekeeper, I wasn’t allowed to go anywhere but the others could go out. Some days I didn’t get to bed until after midnight. I could wash and sleep only after everyone else had gone to bed. In the morning, if it was a day that they made dumplings, I had to get up about 5am.

I heard that my mom would call to speak with me. But they didn’t let me talk to her. They didn’t pay me any money. They just told me that they would send my wage to my mother. The shop owner beat me with a pestle used for making chilli sauce. She liked to hit me on my head. When she beat me, she would hit me only on my head. I thought I could not escape from that house and would not survive. When I was rescued I couldn’t walk. When I worked, I had to crawl.

As for my wage, I was told that it had been sent to my mom every month. But when I asked my mom, she said that she hadn’t got anything. She only received the money for the first month.

Almost all of the teenagers in my village are in Thailand now. I talked to them, but I think they did not believe me.