Lisa (name given) was 17 when she went to stay with her friend to escape an abusive home life. Her friend introduced her to a man who told Lisa he could help make her a model. Lisa was coerced in to prostitution, believing that the money she made would be used to help her modelling career. She was subjected to physical abuse when she refused to do what she was told, and was kept locked in hotel rooms for days. Lisa was finally able to escape with the help of the FBI, she is now a nursing assistant. 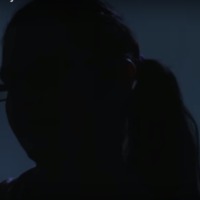 When I was 15, I had my father, he was on drugs real bad. He was a crackhead. And also he was an alcoholic. He abused me from when I was 12 until I was 15. He raped me. I believe it was more than once, because when I was 12 and I used to visit him on the weekends up until I was 15, he used to beat me if I wouldn’t smoke crack with him or drink with him. And he told me that he doesn’t want to get high on his own. But I think it’s more so he was always molesting me.

I was staying with my friend Juanita. And she told me that she knows this guy that can help me make, to be a model. And was asking me “Was I okay with that?” and I said yeah. I really wanted to pursue modeling. I can’t remember how old I was. But I started wanting to be a model when I was a kid. I used to dream about it. Like, not only in my dreams but wake up dreaming, like, yes, I want to be a model. This is what I want to do.

I was 17 at the time when I met him. And I got in the adult entertainment business because of the fact that he asked me about it. And he told me the money would be used towards the modeling. And I believed him. When he told me about the adult entertainment business, I didn’t understand that it was an upscale call girl. I wasn’t even aware of the fact that it was prostitution.

They use us young people because they can’t get older women to do what they want to do, because they believe we’re young and we’re naïve. And nine times out of ten they’re right. And that’s why they go for younger people to target, because they know they aren’t going to get someone their age to do what they’re asking them to do. And they know that they could feed off that. Everything I did as far as prostitution goes he got all the money. I didn’t keep nothing from him. And that’s the crazy part of it all, because I really believed it was for the modeling. I really thought this was a real legit thing. And somehow I found myself into this dirty game that I really believed it was a real job of modeling. And it wasn’t.

He beat me. He had me in hotel rooms by myself for weeks. I’d go hungry because I wouldn’t obey what he wanted me to do. It’s a trap. Once you’re there it’s hard to get out of. It’s really hard. I really thought that if I didn’t leave, he probably was going to kill me because I didn’t want no longer to be a prostitute. So I had to ask myself, “Is this something I still want to do?” or do I want out? And if so, I had to chance leaving and risking him coming after me and killing me. Because either which way he might end up killing me regardless.

I have learned I was a victim. At the time I didn’t believe I was because I was like, hey, I volunteered. But at the end of the day, I didn’t volunteer. It was something I was tricked into, thinking I could turn out to be a model. So I have learned I really didn’t sign up for this. And I’m glad I got away because I was able to repair myself and my mom’s relationship and I was able to accomplish my goals.

If you’re a victim and you went through this, there is justice for you, definitely. Not only is there justice for you, you don’t have to be scared anymore. Once you elaborate and go to the police, because they will be arrested. To where it’s neat, you can breathe. I can breathe and say I can finally put him behind me. And so I’m okay where I’m at now.