There are an estimated 57,700 people in modern slavery in the US according to GSI estimates. The US attracts migrants and refugees who are particularly at risk of vulnerability to human trafficking. Trafficking victims often responding to fraudulent offers of employment in the US migrate willingly and are subsequently subjected to conditions of involuntary servitude in industries such as forced labour and commercial sexual exploitation.

Natalicia was working in Brazil when her employers invited her to come with them to Boston to care for their toddler. It was agreed that she would work for 2 years for $100 a month. However, upon arriving in the US Natalicia was made to do not just childcare but household work as well, working long hours with no rest. Natalicia developed asthma from inhaling cleaning products, however she was deprived of medical care. After 2 years, the family returned to Brazil, however Natalicia decided to stay in the US, finding work with another couple who she worked for, for 14 years 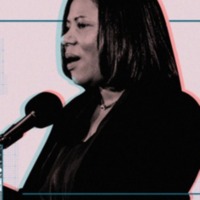 My mother used to tell me, “I want you to go to school for me.” She herself had never had the chance. She came from a family of 10 children, and became a domestic worker, caring for another family’s children, by age 8. She stayed with them for eight more years, until she met and married my father.

I grew up in a small town in southeastern Brazil. My goal was always to finish high school, then go onto some kind of professional training. But it was difficult. In my district there were not enough schools for the number of children, so the school day was divided into three sessions. I went to the early session, from 7 a.m. to 11:30 a.m. Then from noon until bedtime, plus weekends, I worked for a neighbor who had asked me at age 8 to care for her 2-year-old daughter, and later, her second daughter.

When I was 14, I moved in with my older sister across the country to help take care of her newborn and pursue my dream of getting an education. To support myself, I began to work nearby as a nanny for a family of two doctors who had recently had a baby. About two years later they invited me to travel with them to Boston to care for their toddler. Being a frustrated teenager in Brazil, I saw it as an opportunity for myself. Everyone around me encouraged me to go. I didn’t know it then, but I would become a survivor of labor trafficking, as I later testified to the Connecticut state senate.

We agreed verbally that I would work for the family for two years. I would be part of the family, they said. They planned on doing a lot of traveling, visiting museums, and so on. They only had one child, and my job was to take care of him. I got a domestic-worker visa, and I didn’t even have to go to the U.S. embassy to pick it up. I never had to do an interview. I was never asked any questions. Only later I f Because I was underage, I needed my parents’ permission to travel abroad. I traveled home from my sister’s house and read them a letter from the family that would employ me. They were happy for me and signed the forms. I was granted a two-year domestic-worker visa. A few weeks later, in 1990, I boarded a plane to Boston carrying a Portuguese–English dictionary, some (warm-weather) clothes, and some cassette tapes of Caetano Veloso, Tina Turner, and New Kids on the Block.

I remember feeling nervous on the plane. I’d be in a new country, learning a new language. But the family told me I had nothing to worry about. They said this would be new for them too, and we would all learn together. Those conversations made me feel safe.

But things started going wrong from the beginning. For example, the family was told by the building management that to receive mail, their names had to be on the mailbox. So they put their names on, but not mine. I couldn’t receive mail. I tried to put it on there several times, but every time, they took it off.

One day, they said they wanted to turn my bedroom into a guest room, and told me to stay on the porch. It was a “three-season porch,” one that had storm windows, a concrete floor, and a big red door with thick rubber around it to keep the cold—the cold of my new room—from coming into the rest of the house. I had to sleep on a futon on the floor. Beneath that, I put cardboard boxes, to insulate me from the concrete. Remember, this is Boston. I did have a space heater, but for many months each year, the floor was frigid.

Every day, I woke up at 6 a.m., dressed, and worked nonstop, from morning until night. I made breakfast and served the family. I cleaned the house until it was spotless. I took care of their child. I did all the laundry. One thing I never understood was that they wanted everything ironed: bathroom towels, sheets, even underwear. At 11 p.m. at night, after I’d made dinner, tidied up, washed the dishes, and the children were sleeping, I would have to do the ironing.

Sometimes they had family visit from Brazil, or people over for dinner, and I had to cook and clean for them too. None of the guests ever said a word to me. Neither, mostly, did the parents themselves. There was very little conversation between us. I was a fixture in the house; a robot there to do things for them. I felt invisible, dispensable, and alone. Many days I worked 15 hours straight.

At some point, they began to ration how much food I should prepare. Often, they would eat everything I cooked and leave nothing for me. On those nights, I would go out late at night and get something from a nearby store. That money came out of my already small earnings. After a while, they had a second baby, which I was expected to care for as well, and my pay was increased to $150 per month.

For three months, I got asthma from inhaling ammonia and Clorox, and couldn’t sleep at night. Even though they were medical doctors, they never took me to the doctor or checked me out themselves. The wife told me to take some of the kids’ medicine before going to bed. I felt I was not treated as a person. Life went on like this for two years.

One thing I know is hard to understand for people who grew up with a lot of autonomy is why I didn’t speak up or walk out. Often, for those of us who grow up poor, we don’t have the tools to challenge the people who hold power over us. In situations like these, there are all sorts of power dynamics at play. For one thing, my visa was tied to my work with the family. Where would I go if I walked out? I didn’t speak English and had no one. I was not getting the education I was promised. Who could I turn to? Many people in these situations are afraid to trust government agencies or the police. I did question things from time to time. But I would get yelled at quickly. Once, the wife told me I shouldn’t disrespect her, and that I should kiss the ground she walked on.

It was hard emotionally—and confusing. I had worked for the family in Brazil, and there, I never felt mistreated. I would go with them to their vacation homes in Brazil. But something changed in the U.S. And I did feel a very real connection with the children. The oldest boy would make drawings for me and comfort me when I cried. People don’t understand that you can’t just walk out. Even if you are not in physical chains, there are constraints—economic, emotional, social—that keep women like me in place. There’s a lot of coercion—and denial. We think, “Oh, my boss is just having a bad day, I need to be understanding.”

They told me up-front that if I didn’t like it, they could get me a ticket to go home. But for me that wasn’t so easy: Coming from a simple family, it was instilled in me that all I have is my values, my word, and my commitment. I wasn’t supposed to ever break it. And I worried that if I spoke up, I would get thrown out. The porch was bad, but being out on the street with no English would have been much worse.

I blamed myself for what was happening. I would write to my family and say that everything was fine, that the city was beautiful. I never told my family about the situation, because I felt it was my fault. I thought if I went back to Brazil, I would be blamed for not being tough enough.

Toward the end, I was able to bargain in exchange for time to go to English classes. I said that if they helped me go to school, I would leave dinner in the oven and clean everything afterward and finish things up in the middle of the night. In addition, every other weekend, they would go out, and I would care for the children from dinnertime until 2 a.m. At first, my English classes cost $30 a month, which I paid. Later I was able to find a free class.

The family returned to Brazil. But I had nothing to show for my time in the U.S. I decided not to go home. I found work with another couple who bought me my first winter jacket, asked what I wanted when they went to the grocery store, and encouraged my studies. I stayed with them for 14 years.

Since then, I’ve built a life and career. I cleaned homes, and did eldercare for 15 years. By working two to three jobs at a time, I was able to finish school. Eventually, I got a Ph.D. in sociology from Boston University. I volunteered at the Brazilian Worker Center, a community-based organization in Boston that works for the empowerment of Brazilian immigrants. In 2010, I became its executive director, and helped shepherd, in coalition with other groups, the first law to protect the rights of domestic workers across Massachusetts. And now, every day, I work so that women who are in situations like the one I was in can get out and build lives of their own.

This article is part of a project called “The Unfree,” which is supported by Dignity Health Foundation and Silicon Valley Community Foundation and can be found on The Atlantic.