There are an estimated 42,600 people living in modern slavery in the Czech Republic. It is ranked as having one of the highest prevalence of modern slavery in Europe, existing as a source, transit and destination country for women trafficked for the purpose of commercial sexual exploitation.

Petra was on her way to meet a friend was grabbed from behind, drugged and put in a car. She was taken to an abandoned apartment, stripped naked, tied to the wall and raped by her kidnappers. She was forced to provide sexual services to strangers under the threat of violence and death. Petra was able to escape through a boarded-up window, and realising where she, was able to run the 30 miles back to her parent's house. 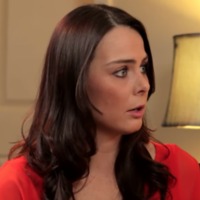 It was like any other day and one of my girlfriends from my college, her parents had a cabin up in a mountain, and sometimes we would go there for a weekend and just have fun as friends. So she invited me. I was 16. I was just trying to walk you know from the bus station to the train station. I was just grabbed from behind by a few men and I was drugged and next time I know I just passed out and woke up you know in a car, on the floor of a car. And I was tied up erm you know first instinct. I just came from, basically what just happened? I was disorientated, I was tied up, I had no idea where I am, I don’t, I didn’t know what was happening to me. You know and I was trying to scream for help, you know they just beat me even then much more because they said you know don’t scream, there is no hope for you, just no matter how much you scream it doesn’t matter.

I was, I was really pretty much down on the floor, and because they didn’t want me to probably know where are they taking me. Um so um, next time I know, they get me out of the car and from throw me straight through, it was abandoned, abandoned apartment. It was post-criminal, beat up apartment and they throw me in one room, but I was along and there was only filthy mattress on the floor. They strip me naked, and tie me to the wall. And I was just at that point, I knew that basically I’m in a, more than trouble. Erm I was raped first by the men who kidnapped me and then after a few hours, they started to brought in customers. Because there were men coming in the room and you know they all had you know, sexual ads with me.

Interviewer: and were there, are there other girls that this was happening to in this apartment?

Petra: Erm one for sure I know of. She was in the next room because I heard her through the wall. Erm

Interviewer: Were you able to talk to each other?

Petra: We didn’t really communicate because we were afraid if they will hear us we’ll get into trouble. Erm but it was more of the… I heard her going through what she had to do, through her, you know screaming and moaning, and she knew when I was. So there was kind of that connection of um like I understand what you’re going through. I don’t know her name, I never find out. I don’t know her age, she, they took her life, the, the, they shot her, I heard a shot and I never heard her ever again. At this point I just said, okay I’m gonna die here, but I don’t want to die like, I don’t want to die like an animal, and I don’t want to die sad. So the, just that last piece of me basically said, what can I do for these last minutes of my life what would make me happy, because I don’t want to go like that. And erm you know when I was little there a little song. It’s about a bird. And that song I used to sing when I was little, when I was about 4 years old. Over and over again. And that song for some reason makes me very very happy. And my parents were sick of the song my, I would like take a breath and go over again and it’s kind of interesting because the song is about a bird who’s being captured by the family, and they erm kill the bird, they plug bird and they ate the bird. I don’t know, but the tune of the song was so like upbeat and erm I was like oh this is like the greatest thing. And I always made, in my mind as a girl like, well no they didn’t kill the bird and I, in my mind, I save the bird. So you know, when I was lying in that room, having really nothing left, that song just flow in my head and I started to hum it and I started to like sing it just under my breath. And I started to feel kind of like I had that 4 year old girl vision in front of me, of being really really happy. I started to sing that song over and over and over again, and for some reason, that song really empowered me. And I’m like, you know what? I’m not gonna die here. I’m like, I’m gonna try to do something. Um I’m like, if it try to run, if they catch me I’m dead anyway, so I have really nothing to lose. Erm so I noticed that next to the mattress where I was lying at, there was a window and it was boarded with just like a plywood, really thin sheet of wood. I kick it out and I ran. I just grabbed my clothes, just put in on and I ran, I ran, I ran. And eventually I realised kind of part of town I am at. I started to be more oriented, so I get…

Interviewer: You’d been close all that time?

Petra: I was really close. I was only let’s say 30 miles away from my house. Erm so I ran all the way to my parent’s house and I sneak in and I went straight to the bathroom. I tried to wash off all of it.

Interviewer: How many days had passed by this point? Since you’ve been kidnapped.

Interviewer: So it was nightime, so you family though you’d gone away for the weekend. They didn’t even know.

Petra: They had no idea.

Interviewer: and you didn’t tell them?

Interviewer: That the men would come and find you.

Interview: Was there a period afterwards that you couldn’t be around men at all?

Petra: There was a period where I didn’t want to deal with society period. I didn’t want to be around women. I felt like I’m walking around outside naked, screaming for help and people are passing by and no one can hear you. And that feeling of hopelessness is absolutely the most painful thing I ever experienced.

Interviewer: But there was light at the end of the tunnel, for those watching.

Petra: There was yes.

Petra: Yes yes yes. But you know, I had to go through the therapy, I really had to commit myself that I am willing to change how I feel about this ordeal. Like I said you don’t forget it but yes there is a hope. There is a way when you feel about it differently and it doesn’t hurt anymore.

Interviewer: What would you say to someone who’s in this situation that would have shortened that healing process for you?

Petra: I think that if I would take back time if I could, you do go and tell somebody right away. Because erm not only they can you know wither report a case but it also it gives you the chance to talk about it which is, in the beginning, you feel like you never want to talk about it, but you know, I realise years later how important it is.

Interviewer: So for every one Petra, is hundreds of others that are in this situation? What is something that you would like to say to those victims who’ve survived as well? What’s one last message that you would share with them.

As told to Kirsty Spraggon for Kirsty TV