China remains a source, transit and destination country for the sexual exploitation of women and children.  Women are lured through false promises of legitimate employment and trafficked into commercial sexual exploitation from countries such as Mongolia, Burma, North Korea, Russia, Vietnam, Romania and Ghana.

Thien was trafficked in to forced prostitution after a friend stole her bicycle and told her she would have to work to earn money to retrieve it. Thien was taken by boat from Vietnam to China where she was forced to work in multiple prostitution dens. Subjected to physical violence and food deprivation, Thien attempted to escape on numerous occasions. After a year she was finally able to escape when she stole a customer’s phone and wallet and ran to a nearby bus station. 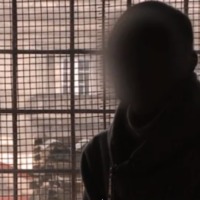 We didn’t have steady jobs, that’s why we had to wait for the harvest. Sometimes the harvest would fail. We often went hungry.

I was going to school while also making shoes at the shoe factory, then I got acquainted with the person who eventually sold me.

I asked, “Where is my bicycle?” The he told me, “The bicycle has already been pawned, so now you’ll have to pay money to retrieve it.”

So if I wanted to retrieve the bicycle then I would have to work to make money to get it back. If I went home without it my father would beat me. When my father beat me it hurt a lot. I was afraid because that was the only bicycle we had for the entire family.

I didn’t know what kind of work I’d do to get the bicycle back. I only knew that I had to work. In the evening after we arrived in Quang Ninh we had dinner, then after he took me to meet a man.

He introduced this man as his ‘uncle’. Later on that man took us to a motel. I didn’t think much of it, then that night, late that night, he raped me. At the time I was only fifteen years old.

That night the man he called ‘uncle’ raped me again. After that, he said if you don’t let me have sex, I won’t let you go home. At the time I was so afraid because over there people spoke a different language. I couldn’t speak and I couldn’t understand.

After he forced me to have sex with him, he took me to a Vietnamese person’s house. These prostitution dens, they look just like normal people’s homes. Each day I had many customers. Sometimes I had 10 or more people a day. Some days I had up to 20 people. At that time, people watched me very closely.

When I travelled to work, I was guarded. I was closely watched by the den’s boss. Since I started working, I was never allowed to hold the money. If they discovered I had any money on me, then they immediately beat me up. The boss said that the money was used to feed and house me, money for living expenses. I had to pay back the loan for the boat and car rides, and the costs of food and drinks.

During the whole year I lived there, I stayed in many dens. Each time I was sold, I was passed to another boss. They beat and mistreated me. I tried to escape many times. Once I climbed to the rooftop from the second floor. I squeezed through then jumped down and fell. I tried to crawl away but I was captured, beaten and shocked. I was beaten up and left to starve for a long time.

I then tricked the customer and I ran away. I stole both his mobile phone and wallet but, when I got to the bus station I couldn’t run away. At the time, I couldn’t speak many words, I only knew a few sentences. When they heard the way I talked, they knew I was Vietnamese so they stopped me again.

Back at home, my parents searched for me. We already had nothing. They had to sell all their land to get the money to look for me. They had tried to look for me for two years straight and couldn’t find me. My parents fell ill, they were sick with worry.

When they heard my story about the kind of work I had done over there, my parents were upset. The neighbours also knew. Some were sympathetic, some weren’t. When I came back, a few people were sympathetic but most stayed away from me.

Whenever I went out to meet friends, I saw that they too seemed to keep their distance from me. I felt bad inside.

In Vietnam there are a lot of poor people. They like it when they hear that they can make a lot of money.

I also think that my story is very important, is meaningful to a lot of people, especially teenagers. They trust people too easily. They are impulsive and don’t consider the consequences.