Men, women and children make up those trafficked in Indonesia, subjected to forced labour and commercial sexual exploitation. Brokers working in rural areas are known to lure men and boys into forced labour on palm oil, rubber and tobacco plantations, while women and under-age girls are lured into work as domestics in private homes and as commercial sex workers. Rising unemployment and slowed job creation has pushed people into the informal sector unprotected by labour laws and thus made them more vulnerable to exploitation. There are currently only 18 shelters in Indonesia working to rescue and rehabilitate traffic victims.

Ika dropped out of school at 15 years old and was offered a job in Batam by a new friend. However once she arrived she realised she had been trafficked in to commercial sex work. Ika was subjected to physical beatings by her employer regularly and was ignored by clients when she asked them for help. Eventually, Ika was able to get hold of a phone and message her mother who informed the authorities. A raid was organised and Ika was rescued. 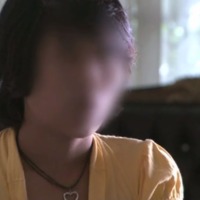 She said hi first and asked me why I quit school. That’s how we got close. I’m not the kind of person to question people, so afterwards I thought she was cool. I asked her about the ticket and mentioned I was underage. She told me to relax and that the ticket would already be arranged. I didn’t ask her about anything else because I was already tempted by the job.

I was immediately picked up by three men. They took me straight to a housing complex. I told them I was 15 years old. I realized that I was trafficked that night.

I realized I was trafficked when they put some makeup on me. They put makeup on me, and I asked a man there, “What exactly is my job?”

“Shut up and don’t ask questions, or I’ll kill you”, the man said.

I stayed quiet, I was scared. Then they took me down a hall, and told me exactly what my job was in Batam.

I was really upset, so they gave me drugs. My first client tried to unzip my dress but I zipped it again. I refused to serve him. In fact I even asked him to help me. I asked him to set me free, and told him that this wasn’t my real job.

The client told my agent. My agent walked into the room and hit me. I had no choice but to serve him. In the nights that followed, I had to serve 3 men each night. I was so sad, I started to cry. When I cried, the clients didn’t help me at all, but instead, they reported me to my agent.

They didn’t feed me, or give me any salary. I was abused, kicked, hit, and they treated me inhumanely.

When the police came to save me, my heart started racing. We went to the police station, and I was put in their custody. It was the greatest gift given to me in my entire life.

My family and all my friends don’t know about my case. I will never tell anyone about this case. If I did, people might isolate me, talk about me.

Don’t blindly trust people. Even family and friends. Because they can also be traffickers. They’ll lure you.