It is estimated that 290,200 people are living in modern slavery in Japan. The country is the destination for men, women and children trafficked for forced labour and commercial sexual exploitation. The majority of trafficking victims are foreign women who migrate willingly seeking work, but find themselves trapped in debt bondage, having to work in domestic and sex work to pay off fees incurred. Despite warning from the U.N., it is reported that human trafficking is on the rise in Japan.

After suffering problems in her marriage, Gai was offered a job in her friend’s husband’s restaurant in Japan. Upon arrival she was taken to a secure apartment and then next morning discovered she had been sold to work in a brothel. Told she owed THB 475 000 she was forced to work against her will 24 hours a day. With the help of a Thai man Gai was eventually able to escape and return to her children. 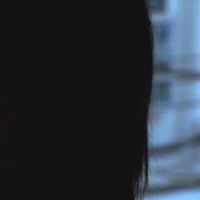 I got married and we lived like a normal married couple in the country. Eight years into our marriage when our second child was born, my husband started hanging out with friends and coming home late. He stopped bringing back the salary, so we started having problems.

I had a friend from my village who had a Japanese husband. She knew that I was having problems so she said, “My husband is about to open a new branch of his restaurant, and it would be good to have people from the same village help run it.”

My mother reassured me by saying that I would be okay because she’s from our village and we’d known each other since I was young. My friend said she would take care of all the visa documents.

[Upon arrival in Japan Gai was taken to a secure apartment]

The next morning I woke up around 10am. I was stripped naked and they took photos. So I asked, “What job will I be doing exactly… why would have to do this if I’m going to work in a restaurant?”

They laughed. The woman sneered at me and said, “Restaurants? Don’t be stupid, there are no restaurants, every Thai woman here is sold to work in the brothels.”

She said, “What do you mean? Do you know how much money you owe?”

On average I would get 6 to 7 clients per day. The clients knew I was there against my will and had to clear my debt. Every time I did something wrong or clients complained, THB 18,000 would be added to my debt. If there was a client they would wake you up. 24 hours a day without rest or a day off, even when I had my period. I had to put a sponge inside me. If the customer knew I had my period, I would get fined. They were in control of me 24/7.

I felt like I was in a prison. I contemplated suicide many times. I thought I would die in Japan.

I was unsure if he might want to sell me off too. I never thought anyone would come to help, but I was willing to take the risk so I could escape. I decided to do whatever it took.

When I saw my kids I hugged them and I was shaking.

It’s really hard for a woman to stand up and talk about problems, like what happened to me. People in the village were saying, “You’re mad to talk about yourself! Why embarrass yourself? If you said nothing no one would know.”

The fact that I’ve spoken out and taken action can protect hundreds of other women.

There are plenty of foundations and organisations that can give you the information and advice. No matter what country you’re going to, you should know where the Thai Embassy is and the phone number, so that when you are in an emergency situation you can seek help.