There are a reported 9,200 enslaved in Singapore with the large number of foreign workers being the most vulnerable to human trafficking and enslavement. Many are brought to the country after being deceived by recruiters in their home countries with the promise of employment only to become victims of debt bondage, forced labour and commercial sexual exploitation.

Eka was looking for work after the breakdown of her marriage when a woman gave her an opportunity for a better life. Eka was sent to a training camp with over a hundred other women. Subjected to inhumane living conditions she found herself incurring debt that had never been agreed upon for her accommodation. One morning she was taken to the agency and told she would be working as a domestic worker. She was taken to a home in Yishun where she was forced to work long hours and received daily physical abuse. 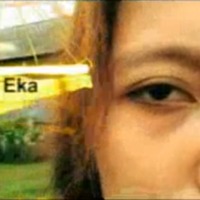 I got married when I was eighteen. Six months after my first child was born, I was pregnant with my second. After that my husband started to beat me. I didn’t want things to carry on as they had been.

At that time, a woman came to my parents’ house. I think my mum must have known her. They spoke together, she invited me to get away from the situation I was in.  I was introduced to a sponsor. The sponsor then introduced me to the agent. They promised to open up a lot of new opportunities for me.  I was promised a better life.

We were forced to stay outside in the sun and the rain. Within one month I was already well and truly mentally conditioned by them.

I was always locked inside the house. I would wake up at 5am, and I’d still be cleaning all the way up to 11pm.

Everyday the old man would beat me. He always said that he wanted to kill me, that’s what drove me to my breaking point.  I wasn’t that strong, I was really upset from what I had been through.

I thought that killing myself, would bring a solution to all my problems, and my family’s problems.

[Eka sent a letter to her parents, her mother reads it aloud]

Eka’s Mother: Dear Mum and Dad, I am really confused at the moment. I think I should commit suicide. God forgive me. Please help me by looking after my kids.