It is estimated that around 204,900 people are living in modern slavery in South Korea today. Acting as a source country for the trafficking of women and children both within the country and abroad to the US, Japan, Hong Kong, Australia and New Zealand. Many women also find themselves trafficked in to South Korea from Russia, China, the Philippines and other Southeast Asian countries. Often recruited under the guise of an entertainment visa they finds themselves subject to sexual exploitation or domestic servitude. Sex slavery is prevalent in Korea, with a number of reports citing the exploitation and forced prostitution of women into brothels frequented by US servicemen stationed in the country. There have also been reports of the sexual exploitation of children in Korea, with employers taking advantage of runaway children and youth. With one of the highest numbers of users in the world, the internet has become a popular place for trading sex in Korea.

Cel found herself looking for work to support her family after the death of her father. She was approached by an agent who offered her a job singing in a karaoke bar in Korea. After signing a document in a language she didn’t understand, Cel was informed that she wouldn’t be paid for seven months as she had incurred debts for airfare and lodging. Upon arrival in Korea Cel was taken to a nightclub where she was forced to work as a hostess, subjected to sexual exploitation and physical violence by the customers. After saving up money to buy a phone with other girls working at the club, Cel was eventually able to her mother who contacted the authorities. With their intervention Cel was finally reunited with her family. 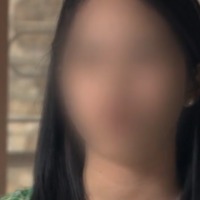 I was in my third year of high school when my father passed away. When he died no one else in the family was working. After his death we faced a lot of challenges. That’s when I started looking for a job.

The agent was a guy and he made me sing in a karaoke bar. He made me audition to see if I could sing and really had any talent.

They asked us to sign a document in Korean which they said was our contract. I asked, “Why are we signing documents in Korean that we don’t understand?”

They said, “Where is it you’re going? Korea, right?”

We were intimidated and scared to ask more questions in case it upset them. Next they had us sign a blank piece of paper. They said, “Just sign it because otherwise you won’t be able to leave.”

I believed them because I was thinking of my family. To take them out of poverty and to fulfill our dreams.

The owner of the agency said we would only get paid after 7 months. I asked, “Why? My family is counting on me. How can I support them?”

We were then given another list of debts – according to them PHP30, 000 plus. I asked what it was for, they explained it was to cover the airfare, video recordings and lodging, which we thought was free of charge. That’s what they promised.

When I arrived in Korea, in the afternoon we were asked to dress up and then taken to a bar. That’s when it started. We were lined up while drunk Koreans chose girls. We were told to raise our skirts and take our panties off.

They would touch us inappropriately and kiss us. They would ask you to sing. If they enjoyed it, they’d hit you so hard you’d fall to the floor.

I’d be crying while they stripped off my clothes. I’d be crouching in front of them, exposing my entire body. One time I even saw one of my friends being choked. It hurts so much when we remember the things that were done to us. It’s very painful.

It hurts, especially when I returned to the Philippines, of course people gossiped a lot about me, and it made me feel like a huge failure. They said I’m too ambitious and that’s why this happened to me.

The experience in Korea taught me, to think carefully, ask questions and not be too trusting.