It is reported that two-thirds of the world's enslaved population are in the Asian-Pacific region. Men, women and children are subjected to all forms of modern slavery including forced labour, domestic servitude, forced begging, commercial sexual exploitation and child soldiers. The high prevalence of modern slavery in the region reflects the reality that many countries in Asia provide low-skilled labour for the production stage of global supply chains.

Anna had just left school and was looking for a job when her aunt’s next door neighbour promised her a well-paid job as a waitress overseas. She was told that her airfare would be paid for, however after being taken to where she would be staying, she was told that she owed $50,000 and must work as a prostitute to pay it off. 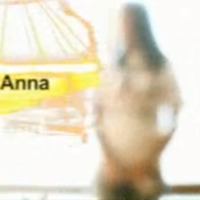 I had just turned seventeen, fresh out of high school. I wanted to go to college but we didn’t have any money. My father didn’t have a job.

I met Mary Anne while I was at my aunt’s house, she would always tell me stories about her cousin, how successful she was and how she helped her family by sending money back every month.

I kept asking if I would be safe there and she assured me that I would be. She told me I didn’t need to worry because her cousin would take care of me.  So I trusted her.

Mary Anne told me that her cousin would take care of my airfare, and I could pay her back when I started working. So I only had to worry about the passport.

From the airport we headed to a salon. She had me all made up. Then we went to where we were staying. There were five girls staying there, I was the sixth girl.

When we got to the man’s door, she rang the doorbell. She said she would wait for me outside. Then the man took me to his room. I was crying and I tried to escape from him, but he was holding me tight.  I couldn’t get him off me. I was a virgin at that time. It was painful, it hurt so bad. I felt scared. I realised that’s how it is, when you are being raped. You feel helpless.

I cried over the thought that I would be going through the same thing, every single night. When I discovered I was pregnant, I felt like my whole world fell apart. I cried so hard. I never wanted this to happen to me.

This experience will definitely haunt me for the rest of my life. It was like being in hell.