Shandra was lured to the United States with the promise of legal work in a hotel, but when she arrived she was imprisoned for sexual exploitation. She escaped and worked with the police to prosecute the trafficker. She is now an advocate for slavery survivors. Here she argues that stronger regulation of foreign recruiters is needed to prevent situations of exploitation and enslavement. 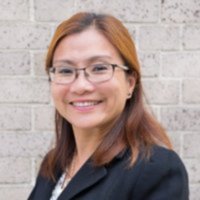 It is good to be here today with all of you in this room. I am going to talk about how easy it is lured to human trafficking victim into the United States and what the US government can do to stop it. In my native Indonesia, I was a college graduated, financial analyst in international bank and I lost my job in 1998 because of political turmoils and its fallout and I expanded my job search to United States.

After responding an advertisement for one job in hotel in Chicago, I checked the legal document, paid the recruitment fee, and I flew to New York City. I enter the United State with lawfully non-immigrant visa against through the recruitment agency that brought me here. I was picked up at JFK by a man that affiliated with my trafficker and shortly thereafter however, our passport, forcefully removed and we were threatened and we realized that we were trafficked into sex slave.

I managed to escape from the small bathroom window by jumping out and I was saved. I cooperate with law enforcement to prosecute my trafficker and Safe Horizon New York assisted me to be independent and stay legally in United State.

What I want you to know is a stronger regulation of foreign labor recruiter would have prevented my nightmare in the first place and would save thousands more from similar fate. Labor recruiter and contractors are directly involved in the trafficking and exploitation of workers in United States who enter the country lawfully.

They make false promise about American job and charge workers with highly recruitment fee and false workers to stay in abusive or exploited worker condition under debt bondage. I know several trafficking survivor who paid up to US$20,000 fees for the job that didn’t exist. In most cases, they borrow the money from people, bank or loan shark in their home country. They expect to be paid back. Now, exploited, trafficked, and unpaid. They cannot pay back this loan and this created debt bondage.

Congress has an opportunity help prevent this kind of abuse. The Fraudulent Overseas Recruitment and Trafficking Elimination for the Act of 2013 or called H.R. 3344 will deter human trafficking, force labor, and exploitation by number one, requiring the workers coming to United State receive the accurate information about the job, visa, and working condition.

Number two, ensuring that no recruitment fees charge to the workers. Number three, requiring that recruitment agency registers with the Department of Labor. And the last, number four, enforcing the penalty if the law is not followed by recruitment agencies.

I encounter men, women from all over world who have experienced human trafficking in some form, they are from different nations, cultures, backgrounds, but many have one thing in common. They were brought to this country by a seemingly reputable recruiting agency. With an estimate 14,000 individuals trafficked to this country each year and it’s problem that it needs to be addressed.

As told to the Combating Human Trafficking US Congressional Briefing