In Tanzania, internal trafficking is more prevalent than transnational trafficking and characteristically facilitated by victims’ family members, friends, or intermediaries offering assistance with education or securing employment in urban areas. Impoverished children from the rural interior remain most vulnerable to trafficking. Girls are exploited in domestic servitude throughout the country and in sex trafficking particularly in tourist hubs and along the border with Kenya.

Angel ran away from home to avoid a forced marriage and accepted exploitative domestic work to avoid being homeless. Her story demonstrates how initiatives by anti-slavery NGOs to educate young workers about their rights can help them to avoid financial and sexual exploitation. 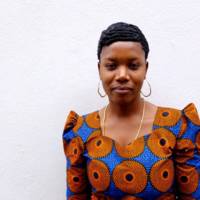 I made a long journey from being exploited and abused as a child, working 16 hours a day for next to nothing, to claiming my rights and now advocating on behalf of others.

I was brought up by my mother in a small town in Tanzania. Sadly, she died when I was 16 and my father just wanted to marry me off as soon as possible. I felt I had no choice but to run away.

I went to Mwanza city and after living on the streets for two days I got a job.

The job was back-breaking. I cared for two children, cleaned the house, washed clothes, fetched water, went to the market for shopping and cooked. I would wake up for work at 5.30 and work until I went to bed at 11. I didn’t get time to rest and felt completely isolated.

The worst thing was the feeling of being treated like a second class human being. I wasn’t even allowed to eat with the family, instead I was asked to wait until they ate and I would get their leftovers.

I felt trapped. It took me a long time to get the courage to find another employer.

Luckily, I managed to find one, and for some time it all went well. My new employer even allowed me to attend classes and training run by a local group called Kivulini Women’s Rights Organization – partners of Anti-Slavery International (who nominated me for the award) in a project that reached out to child domestic workers to build up their skills, confidence and knowledge of their rights.

It changed my life completely.

I soon became very active in the project and even travelled with Anti-Slavery and another organisation Children Unite to Geneva to take part in lobbying for the adoption by the ILO of a new Domestic Work Convention recognising the rights of domestic workers worldwide.

It was a great experience, a lot of hard work, meeting after meeting talking about the issues child domestic workers commonly face and protections they need. A bit scary, I never thought I would ever speak to so many important people.

But it was worth it: the ILO adopted the Convention! Even better, an important part of the Convention is strong protections for children.

Ironically, soon after I came back from Geneva things at work took a bad turn and my employer started to sexually harass me. By then I knew my rights and was confident enough to stand up to him but it didn’t take long until he threw me out of his house and told everyone in the community not to employ me.

Fortunately, Kivulini helped me again and I was able to set up my own small business, a mobile stationery shop. I also came together with five of my fellow child domestic workers to think about what we could do ourselves to claim our rights and we decided to set up our own organisation called WoteSawa – All Equal in English – supporting child domestic workers in my city. We now have over 400 members.

The truth is, domestic workers, and especially children, are one of the most vulnerable groups of workers in the world to abuse and exploitation. There are estimated to be over 52 million people working as domestic workers across the world, including over 17 million children of whom the overwhelming majority are women and girls.

The child domestic workers we work with, some as young as eight years-old, encounter all kinds of problems. They often suffer verbal and physical abuse. For us girls, sexual violence is a big and very common problem. Emotional violence is also endemic, hearing our employers tell us ‘you are nothing’ is as commonplace as it gets. Many children are paid nothing or very little and are not able to attend school, so they have very little chance of progressing into well paid jobs, and this vicious cycle of abuse continues.

Domestic work was always seen as informal ‘help’ rather than proper employment, so it has been exempt from regular employment laws. Any suggestions that private households should also be treated as a formal workplace would draw angry attacks from those who wanted what happens behind closed doors to remain private.

This is why the Domestic Work Convention is so important. Finally, domestic workers are recognised as workers, given fundamental labour rights and protected from abuse by the law – things that any other worker would take for granted.

But here is a sad fact. Today is the fourth anniversary of the adoption of the Convention, yet so far only 18 countries have ratified it and adjusted their domestic legislation.

Some countries are slowly going through the legislative process and hopefully they’ll catch up soon. Sadly, my country isn’t one of them. And nor is the UK, which not only refuses to ratify the Convention, but it was one of only eight countries that did not vote in favour of it, alongside countries such as Sudan or El Salvador. Shameful.

I was lucky - at critical time I received support that gave me strength and the confidence to move on and advocate for my fellow workers. But I can see exploitation and abuse of children on a daily basis and I can see how it affects them. They need protection.

I hope you can join me today in calling governments all around the world to ratify the Convention and implement it to stop these abuses.

Domestic workers need the Convention. We have keep pressure on governments and employers so that the protections and rights the Convention gives us become a reality.