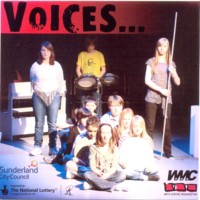 A collaborative project between Arts Centre Washington's Youth Theatre and Washington Music Collective, providing development of live music activities for young people within Washington and the surrounding areas. The project involved improvisation, creative writing, music and drama workshops for young people during school holidays, and culminated in a thirty minute play around the themes of slavery. A DVD was produced featuring musical shorts and video diaries of the young actors' experiences. One theme covered was the limbo dance, originating in Trinidad and Tobago, and with symbolic links to enslaved people entering the galleys of a slave ship. 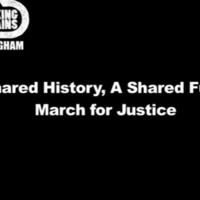 A Shared History, A Shared Future

A Shared History, A Shared Future was a series of projects led by Birmingham Libraries to engage with different communities within Birmingham. The project as a whole identified archival materials, local historical documents and music with an emphasis on the diverse multicultural nature of historical and modern indentured slavery, and how it relates to everyday lives in Birmingham. Over 1000 participants from schools and community groups took part in over 150 workshops to create stories, artwork, banners, protests, games, films, dances, drama and performances. A resource pack, the liberty box, was produced to encourage community groups, youth groups and others to explore the issues of slavery. In August 2007, the project organised the March for Justice in Birmingham city centre, a recreation of the Quaker and philanthropist Joseph Sturge's march against slavery in August 1838. The day included an anti-slavery fashion show, a limbo performance, storytelling, African drumming, and a Slavery Question Time Special hosted by an actor representing Olaudah Equiano.