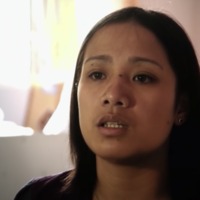 There are an estimated 10,000 people living in modern slavery in Lebanon (GSI 2018). Human traffickers exploit domestic and foreign people in Lebanon, and people from the country abroad. Women and girls from South and Southeast Asia and an increasing number from East and West Africa are subjected to domestic servitude in Lebanon. Lebanese government officials and NGOs report most employers withhold their workers passports, putting them at risk of trafficking. NGOs also report that abuse of domestic is underreported. Many migrant workers arrive in Lebanon through legal employment agencies but are subsequently exploited or abused by their employers; some employment agencies recruit workers through fraudulent or false job offers. Mary Joy left the Philippines in December 2013 after being promised work in a hotel. She left her three children to go and work in Lebanon. Upon arrival, she found out she would be working in a house. She worked long hours with no rest. Her employer controlled her movement, access to the internet and listened in on her phone calls. Mary Joy was able to leave her employer but was forced to wait 3 months for her case against them to be resolved. She hadn’t seen her children for 18 months. In February 2016 Mary Joy finally got her passport and was able to return home.