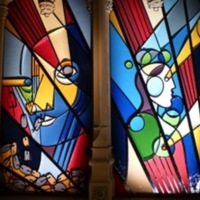 The Reconciliation Reredos project to develop a major public artwork was the response by Saint Stephen’s Church in Bristol city centre to a complex historical legacy. St Stephen's was the harbour church which benefitted from merchant’s donations, which effectively ‘blessed’ slave trade ships leaving the port, and which served as the burial site for Africans living in Bristol in the era of the transatlantic slave trade. The project involved the commissioning of a new altarpiece: four pieces of contemporary artwork exploring the mercantile connections that built the city of Bristol were created by artist Graeme Mortimer Evelyn, transforming the stone-carved Victorian Reredos housed in the church since 1875. A community learning programme engaged groups of people from the city through workshops, forums and events around the four focus concepts: Creation, Imago Dei (the Image of God in humanity), Reconciliation and Hope. 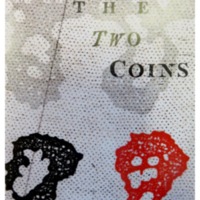 A bronze statue of the slave trader Edward Colston was erected as a memorial in Bristol city centre in 1895. The monument and the memories it evokes of Colston's trading in enslaved Africans is frequently used as a point of reference for Bristol's contribution to the transatlantic slave trade. The Two Coins is a visual sculpture and moving image installation created by artist Graeme Mortimer Evelyn to revolve around such monuments. The installation aimed to present an unprejudiced historical legacy while highlighting collective responsibility to prevent forms of 21st century slavery.