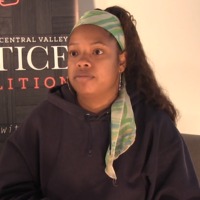 Child victims of trafficking can be lured into the United States through the promise of education or work and the opportunity to send money back to their families. Children are vulnerable to kidnappers, pimps and professional brokers, with some even being sold by their families who may or may not have an understanding of what will happen to their child. US children are also trafficked within the US with cases of human trafficking reported in all 50 US states. It is estimated that 10 000 forced labourers in the US are trapped in domestic servitude. At 11 years old Jamelia was sold to a woman by her mother in Belize. She was taken to the US to live with her trafficker and two other adopted children. Jamelia regularly went without food, was beaten when she disobeyed and wasn’t allowed access to phones or computers. She and the other children were moved around constantly by her trafficker and when not in school were forced to work for her trafficker’s business without pay. Jamelia had to do all the housework, yardwork and take care of five children. At the age of 23 Jamelia finally found someone who could help when she found a number for Fresno Economic Opportunities Commission. She was rescued in 2010 and became the first identified victim of human trafficking in Fresno County.