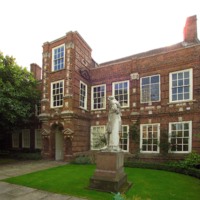 Wilberforce House Museum re-opened in 2007 after a significant redevelopment. In 1907 the 17th century building, and William Wilberforce’s birthplace and home in Hull’s Old Town, became Britain's first museum of the history of slavery. In 2007, the museum was fully refurbished with new displays. Some of these showcased existing collections, including those relating to the life of their famous patron, the slave trade and plantation life. Other displays engaged with themes considered absent from former interpretations, including the wider abolition movement. Another significant new feature was the inclusion of two galleries relating to modern slavery and human rights. These exhibits drew attention to local and global issues, with objects donated by members of the local community and contemporary antislavery campaign groups.