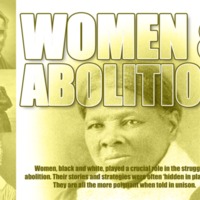 Women and Abolition was a collaborative project exploring the role of women in the abolition movement, led by CETTIE (Cultural Exchange Through Theatre in Education) and Yaa Asantewaa Arts and Community Centre. The event in March 2007 included a panel debate, presentations by women activists, poetry and performances of the theatre productions 'Sugar n Spice' and 'Splendid Mummer'. 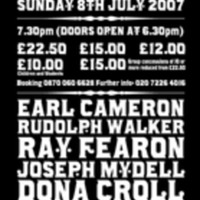 A play by Lonne Elder, 'Splendid Mummer' looks at the life of Ira Aldridge (1807-1867), the goundbreaking 19th century actor. Aldridge overcame racism and prejudice in European theatres to break away from stereotypical comedy roles and become one of the first Black Shakespearean actors. In 2007, the play was presented by CETTIE (a London charity working with schools, libraries, theatres, and community venues), directed by Malcolm Frederick, and starred Shango Baku. It was performed in various venues in London and at The Drum in Birmingham, and was accompanied by a feature exhibition on Aldridge by Positive Steps. 'Splendid Mummer' was produced in collaboration with the Ira Aldridge Bicentenary Project.